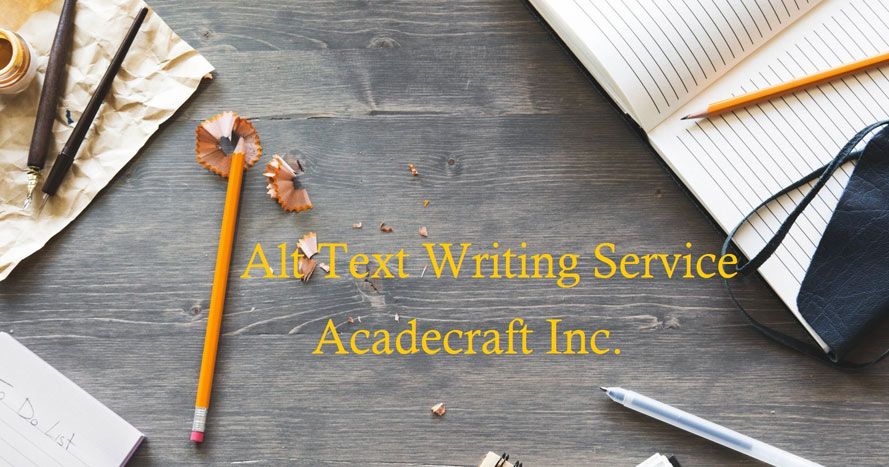 Whenever you are surfing the Internet, you often come across unloaded images. However, beneath the unloaded image, there is a text describing the image. That Text is Alternative Text (or simply, Alt Text). Alt Text Writing is a huge part of web content writing & web-designing.

How to write Alt Text

Alternative Text Writing is easy for those who can focus on these elements:

If you are a company looking for quality Alt Text Writing Services, try Acadecraft. An Online E-Learning & Content Development Provider, Acadecraft has an in-house team of Alt Text Writers. The writers are experienced in crafting the best services possible. Try Acadecraft today!